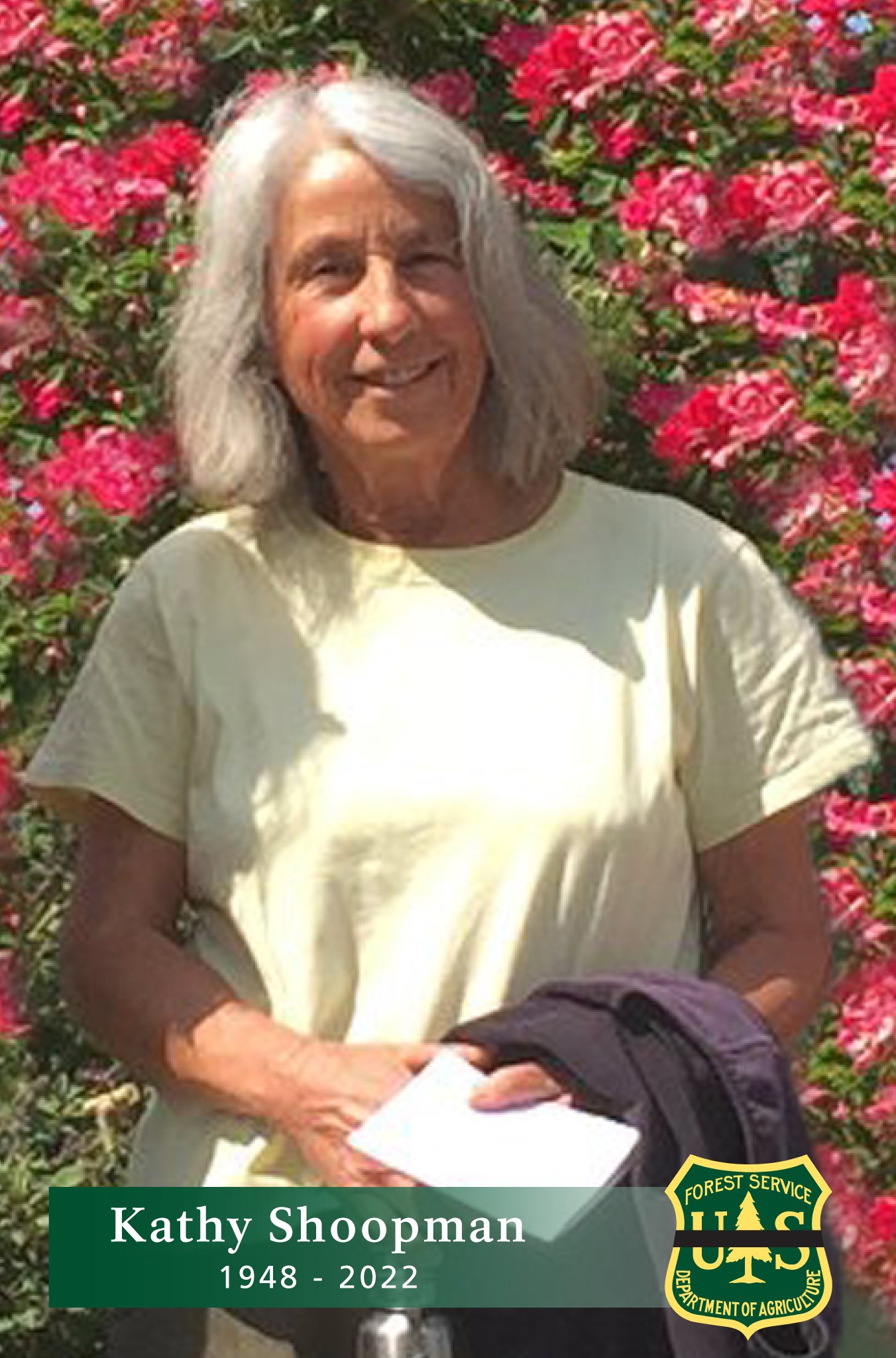 A “beloved” United States Forest Service wildfire lookout and “legend in the lookout community,” Kathy Shoopman passed away in her home on August 8, 2022, when it was consumed by the McKinney Fire. She was 73.

Shoopman was a long-time Klamath National Forest lookout at various posts. She started her career as a wildfire lookout at Baldy Mountain Lookout, west of Happy Camp, in 1974. She also staffed Lake Mountain Lookout and, most recently, Buckhorn Lookout — since 1993.

Tom Stokesberry, the U.S. Forest Service’s northern operations fire public affairs specialist, told SFGate that Shoopman was “one of the best… She was not only able to identify the fires, but she could locate them with pinpoint accuracy.”

Shoopman was a resident of Klamath River for nearly 50 years — she is remembered for her artistry, gardening, and love of animals, reports the LA Times.

The U.S. Forest Service mourned Shoopman’s passing “as a result of the McKinney Fire,” saying we know that individually, and as the supportive community that we are, we will find many ways to honor Kathy’s life and service and keep her spirit in all of our lives.”

Shoopman was one of four McKinney Fire victims who were reported to have died in the blaze. Stokesberry said he believes Shoopman was trying to evacuate at the time of her death, but the incident is still being investigated.