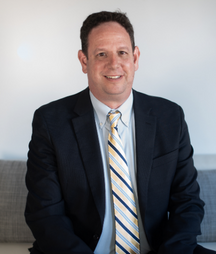 Andrew Bluth is a partner in the Sacramento office of Singleton Schreiber and helps lead the firm’s mass torts division.

Prior to becoming a lawyer, Andrew was a reporter for the New York Times and Orange County Register newspapers where he covered national breaking news events as well as the surf and restaurant industries.

Andrew is admitted in all state and federal courts in the state of California, as well as the United States Supreme Court.

Andrew graduated in 2004 from the University of California-Davis School of Law where he represented victims of civil rights violations as part of the school’s Civil Rights Clinic. He was President of the Moot Court Honors Board and competed on behalf of the law school at moot court competitions. He was also an editor for the Journal of International Law and Policy, and graduated as a member of the Order of the Barristers. Early in his law career, Andrew was consistently recognized as a Super Lawyers “Rising Star” and more recently has been regularly recognized as a Sacramento Magazine “Top Lawyer.”

Andrew grew up in Columbus, Ohio, and graduated with a B.S. in Journalism from Northwestern University in 1997. He lives in Sacramento with his wife, two daughters, and two disobedient dogs.