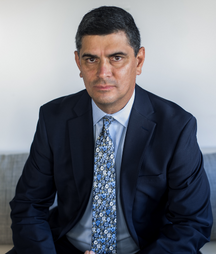 Chris Rodriguez is a partner in the Sacramento office of Singleton Schreiber and, along with partner Andrew Bluth, leads the firm’s mass torts practice.

Before opening the Sacramento office of Singleton Schreiber, Chris was a partner at two major national law firms and served as the managing partner of Pillsbury Winthrop Shaw Pittman’s Sacramento office. Chris is an experienced trial attorney who has represented clients in jury trials, bench trials, arbitrations, and administrative hearings involving a broad array of complex civil litigation issues. He prides himself on not only being a fierce advocate and skilled trial lawyer, but also on developing practical, efficient strategies that serve the best interests and well-being of his clients. Throughout his career, Chris has successfully represented some of America’s largest corporations in business-to-business litigation, as well as in litigation against state and federal agencies. Chris is excited to bring that experience to Singleton Schreiber and its clients.

Chris is admitted in all state and federal courts in the state of California, as well as the United States Supreme Court.

Chris grew up in a small town outside of Sacramento, California, where he still lives with his wife and three children. In his spare time, he enjoys spending time with his family, coaching competitive youth basketball, and volunteering as an umpire for the local Little League baseball program.