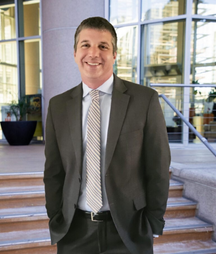 Doug began his legal career at a large, national law firm, where he focused on commercial litigation. He then clerked for the Honorable Thomas Reavley of the U.S. Court of Appeals for the Fifth Circuit. Later, he was a fellow in the appellate-litigation clinic at Georgetown University Law Center where he supervised law students working on civil appeals. While a fellow, he also handled cases of his own, including a case in which he successfully defended a federal district court’s decision to hold several federal prosecutors in contempt for their handling of the prosecution of the late Senator Ted Stevens. In re Contempt Finding in United Sates v. Stevens, 663 F.3d 1270 (D.C. Cir. 2011).

Doug is also an accomplished scholar, and his publications have been cited by the Ninth Circuit and other federal courts. Doug grew up in Texas—but his Yankee parents deprived him of a charming Texas accent. He spends most of his free time with his wife and daughter. Both keep him on his toes.

Tapia v. United States, 564 U.S. 319 (2011), filed the successful petition for certiorari in which the Supreme Court held that federal law prohibited a federal court from imposing a longer sentence to rehabilitate a defendant.