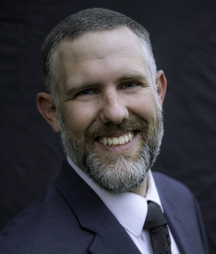 Jacob Payne is senior counsel in the New Mexico offices of Singleton Schreiber and assists in the firm’s fire litigation division.

After obtaining an undergraduate degree from the University of New Mexico, Jacob attended the University of Tulsa College of Law. He graduated “With Highest Honors” and then promptly returned back to New Mexico where he started his career as a prosecutor in Albuquerque. In 2017, Jacob was appointed by Governor Susana Martinez to be the General Counsel for the New Mexico Department of Game and Fish. In that capacity, Jacob was able to work with landowners and sportsman alike to better utilize New Mexico’s natural resources and help to balance the competing interests for limited resources. Jacob also assisted in the protection of various endangered species.

After working as General Counsel, Jacob had the opportunity to serve his community once again as a prosecutor in Bernalillo County. Jacob led the largest felony division with dozens of attorneys and support staff. He was also the Law Enforcement Liaison between the District Attorney’s Office, and their law enforcement partners. During that time, Jacob taught numerous trainings to both new cadets in the academy and seasoned officers. During the better part of a decade as a prosecutor, Jacob successfully prosecuted at trial everything from drug traffickers to murders, thieves to child molesters.

Jacob grew up in Lordsburg, Gallup and the Albuquerque/Santa Fe areas as the son of a New Mexico State Police Officer. Jacob has a wife and three kids and in their free time enjoy getting out into the beauty of the great state of New Mexico through camping, hiking, biking, kayaking, hunting and backpacking.