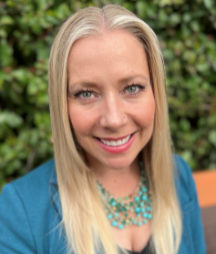 She has dedicated the lion’s share of her legal career to representing public agencies and is a seasoned public servant. Over the years, Megan has been highly involved with the emerging and evolving cannabis laws at the State and local levels, aiding in the drafting, implementation and enforcement of multiple cannabis ordinances for both Calaveras and Yolo counties. She advised both public agencies through multiple states of emergency, including the COVID-19 pandemic, emergency response for housing, localized flooding and debris flow occurrences, as well as being the lead in-house counsel in the litigation against PG&E related to the 2015 Butte Fire, resulting in a $25.4M settlement for Calaveras County.

After years of working in the county counsel’s office, Megan was appointed by the Calaveras Board of Supervisors to the top position in 2014 following her predecessor’s retirement.  She oversaw and managed the office and all civil matters for the county and represented the Board of Supervisors, and all subservient departments, administrators, committees, commissions, task forces, as well as other elected and appointed officials.  She is knowledgeable in local governance, including the Brown Act, Political Reform Act, Public Records Act, and other ethics and transparency laws.

She is passionate in helping people and the communities she represents.  Megan graduated from Lincoln Law School of Sacramento in 2008 and received her B.A. in Business Administration with a concentration in marketing from Cal Poly, San Luis Obispo in 2003.  In 2014, she received a professional concentration in conflict resolution from U.C. Davis, which aids in finding commonality and reasonable and fair resolutions for her clients and opposing parties.

During law school, she worked full-time at a law firm specializing in land use and real estate matters, working with builders and developers to navigate the entitlement process, drafting management documents and obtaining local and state approvals for development projects.  After passing the Bar exam, she started her legal career representing indigent parents in dependency court.  During this time, she honed her trial and courtroom experience while also being introduced to the public sector world of the office of county counsel.

Wanting to serve her community, she joined the office of county counsel for the County of Calaveras as a deputy, where she was the primary land use counsel and the secondary dependency counsel.  She utilized her prior land use and dependency experience, and it opened opportunities to practice in a wide-range of areas, including planning, public works, building, code compliance, environmental health, integrated waste management, risk management, and representing the grand jury, making her a “jack of all trades”.

Megan enjoys spending time and traveling with her husband, two active kids and rescue dog, and lives in Roseville, CA. She enjoys swimming, reading, meditating, yoga and playing golf—she was on the inaugural women’s golf team at Cal Poly in 2000.