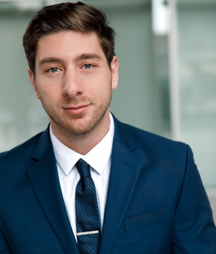 Ronald Nikko Ebbole (“Nikko Ebbole”) is an associate attorney who specializes in wildfire litigation. He was born and raised in the Chicago suburbs and attended college at the University of Iowa before moving to San Diego for law school.

Nikko has been practicing law for one year and currently represents victims of the 2015 Butte Fire, 2017 North Bay Fires, 2017 Thomas Fire, 2018 Woolsey Fire, and the 2021 Dixie Fire. He has helped many individuals recover losses through insurance claims and litigation against Pacific Gas & Electric.

Nikko is admitted to practice in California state and federal courts and is a member of the San Diego County Bar Association. He graduated with a bachelor’s degree in Ethics and Public Policy from the University of Iowa and graduated cum laude from the University of San Diego School of Law. While in law school, Nikko was a member of the International Law Journal and competed on both the Moot Court and Mock Trial teams. He also served as a legal extern for the honorable Andrew G. Schopler, Magistrate Judge of the United States District Court for the Southern District of California.

In Nikko’s spare time he plays in a recreational ice hockey league and enjoys staying active by running by the beach and going to the gym.