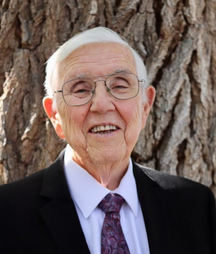 Former New Mexico Supreme Court Chief Justice Vern Payne is a native New Mexican and Spanish speaker and has practiced in both State and Federal Courts in New Mexico. He has represented thousands of clients in many different areas of law, including municipalities, counties and the State of New Mexico. A key member of the Las Conchas Fire trial team, he has been a lawyer and Judge in New Mexico for almost 60 years and brings an unparalleled amount of local knowledge and connections to the team. He has handled cases in every county of the State. He has represented the New Mexico Association of Counties on their Risk Management Committee for several years and the State of New Mexico Risk Management Committee, reviewing claims against counties and the State of New Mexico. He represented the Middle Rio Grande Conservancy District and been an advisor and trainer of many different Tribal Courts. He has taught judges from all over the country with the National College of State Courts as well as consulted to courts in Venezuela, Argentina and Australia.