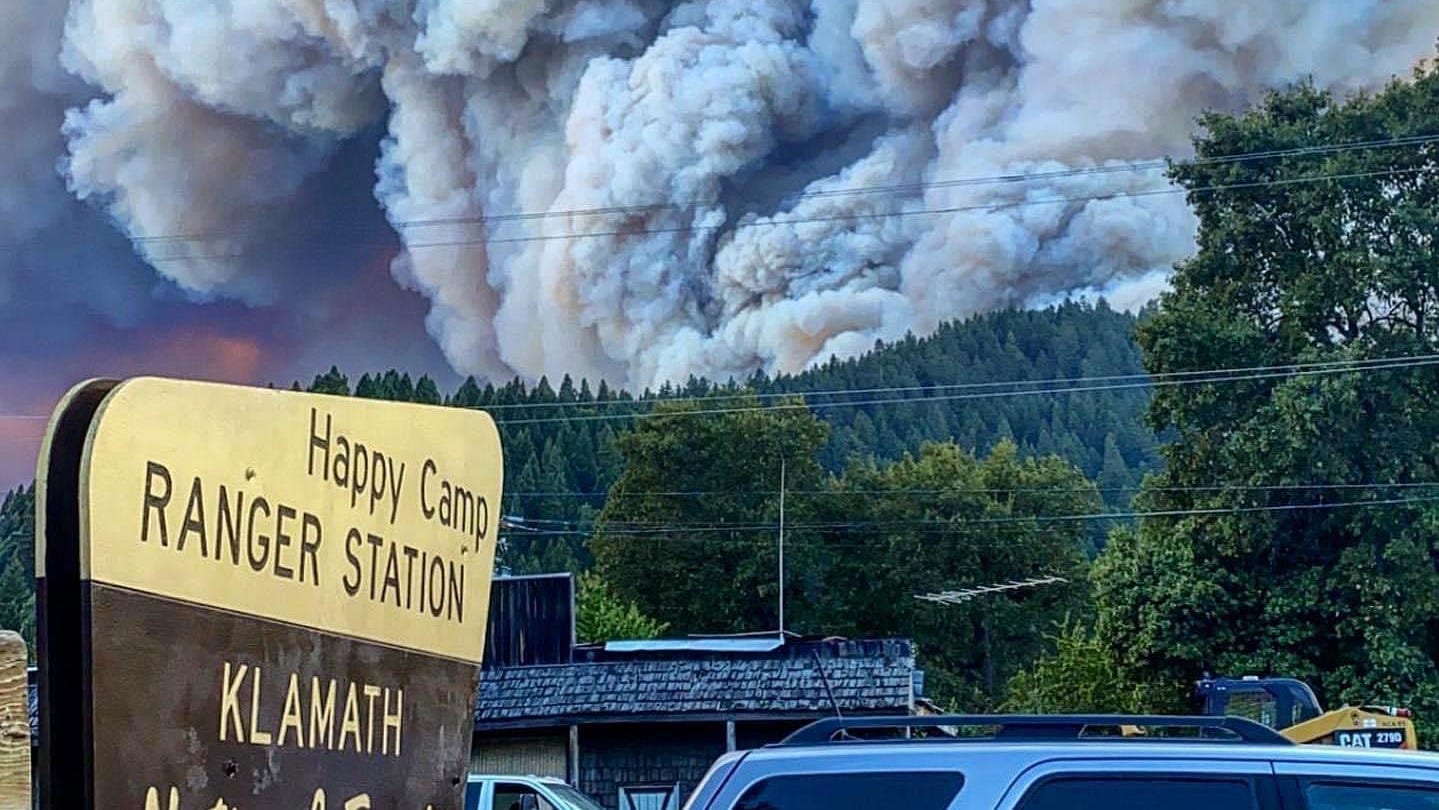 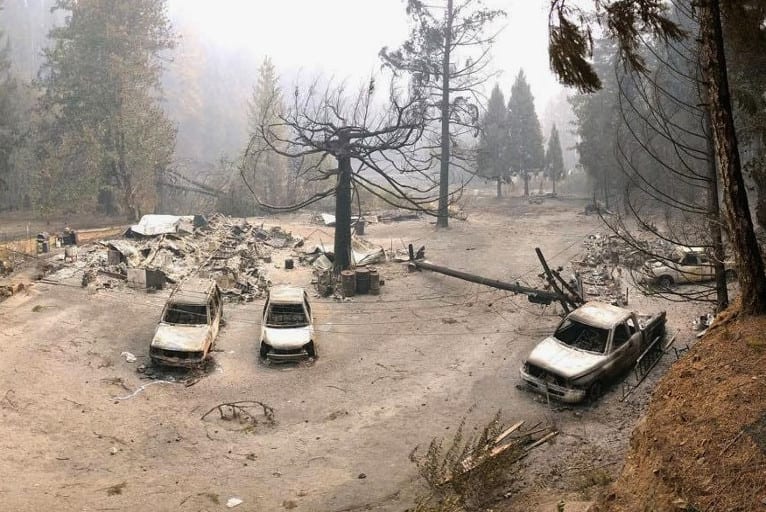 The Statesman Journal reported that the two lawsuits filed Wednesday represent over 100 people impacted by the Beachie Creek Fire.

Pacific power was alleged that its Portland-based parent company, PacifiCorp, failed to heed warnings of impending “historic” high winds and extreme drought conditions, and it failed to safely design, operate, and maintain its infrastructure leading to the fire.

Since that last September, it’s at least the third lawsuit filed against the utility related to wildfires. Among those named in the lawsuit filed Wednesday are:

As previous lawsuits, the current lawsuits follow a similar narrative, citing a Pacific Power decision not to shut down power lines when the National Weather Service issued an “extremely critical” fire warning in advance of Labor Day.

While other utilities, including Consumers Power Inc., and PG&E did shut down power due to the historically high and dry winds.

PacifiCorp is facing multiple lawsuits stemming from the Labor Day wildfires. They allege the utility is responsible for fires that devastated the Santiam Canyon, the Archie Creek fire along the North Umpqua, and the Slater fire, which eventually burned over the state line into Josephine County. Collectively, the fires burned nearly a half-million acres, 800 homes, nearly 1,300 other structures, and killed seven people. 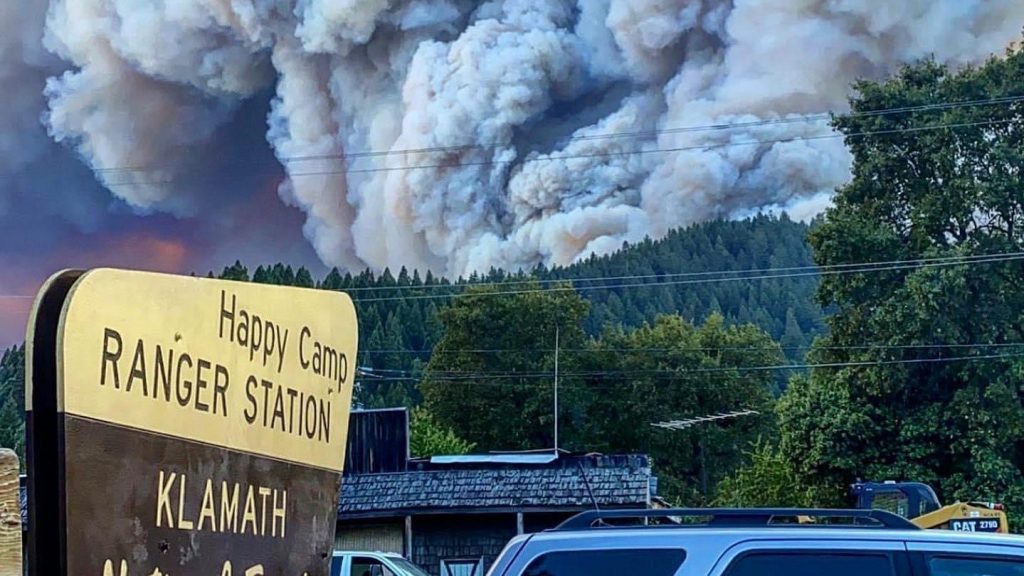 Pacific Power delegates attended a community fair in Happy Camp, California, 20 miles south of the Oregon border, to share highlights of the wildfire prevention plan in June 2019. The company had been asked to file months earlier with California regulators. Happy Camp is the only one of those areas where PacifiCorp had identified extreme wildfire risks and had a shutoff plan in place. The utility’s delegates explained its plans to preemptively cut off power in a zone around Happy Camp to protect the community when it was most at risk. Blackouts would only be used as a last option.

Officials emphasized they would cut power when real-time weather and forecasts exceeded defined benchmarks, including speed of and, drought conditions. An intense windstorm that had been forecast for days was pushing down the West Coast, after fourteen months. However, on Labor Day, Pacific Power failed to pull the plug in Happy Camp or elsewhere.

PG&E had shut off electricity on Monday evening in communities to the east and west of Happy Camp, citing critical risks and the high probability that winds could take down power lines and start fires. Large utilities further south did the same, and on the evening of Sept. 7, in Oregon, Portland General Electric also shut off power to 5,000 customers on the shoulder of Mt. Hood.

What came to be known as the Slater Fire ignited about 6:40 a.m. on Tuesday, Sept. 8, near the Slater Butte fire lookout, a site within Pacific Power’s designated Happy Camp power shut-off zone where the utility operates transmission and distribution lines. Stoked by the intense winds, it grew into a conflagration that eventually burned 157,000 acres in California and Oregon, destroyed 440 structures, and killed two people.

A lawsuit filed against the company alleges it started when a white fir tree weakened by rot and disease failed and fell into Pacific Power’s power lines on Slater Butte. Anecdotal accounts also point to power lines.

“If they would have done what they said they were going to do, there would have been no power during that time and we would still see a beautifully lush green forest,” he said. “Two people would still be alive.” Kirk Eadie, a pastor and ambulance driver in Happy Camp, says he listened on his emergency radio Tuesday morning as fire crews responded to the blaze.

The devastation in Happy Camp is relevant to Oregonians whether or Pacific Power is found guilty or not. Because PacifiCorp is the state’s largest rural service provider and its territory in Oregon overlaps with many areas deemed at extreme risk of wildfires.

In case PacifiCorp is found guilty in the lawsuits, its obligation could be huge. Its involvement would raise the question:

Unlike Oregon, the state of California demands utilities to submit renewed wildfire prevention plans every year, file detailed reports when they shut off electricity for emergencies, and quickly provide regulators with a report on certain fires in their service territory, including their cause and estimated damages.

Along with this, the Oregon Public Utility Commission (OPUC), a chief electric, gas, and telephone utility regulatory agency, didn’t act on the authority to investigate wildfires caused by power lines and levy fines, but it hasn’t acted on that authority. And OPUC failed to ask Oregon’s two largest electricity providers whether power lines were implicated in last fall’s fires.

Experts say that the Labor Day firestorm on the west side of the Cascades was severe, beyond anything in living memory. But they predict massive wildfires will be more frequent as climate change rushes forward, and that power lines will be a notable, but an often preventable hazard.

What options do you have in this time of trouble?

In this time of trouble, if you or a family member has been hit by the Slater fire, whether directly or indirectly, contact an experienced Wildfire lawyer Now.

While each case is different, common damage categories include personal injury, business losses, damage to trees, timber, or underwood, harm to pets or livestock, the cost to repair or replace your home and personal property, the loss of use and enjoyment of your property, wrongful death, and so on.

The law renders more compensation than most people realize. You may be entitled to damages that your insurance won’t cover. In addition to underinsured homes, most insurance policies don’t cover vegetation that is not part of the landscaping, natural vegetation, or compensation for you for the upheaval created by the slater fire.

Our seasoned team of Wildfire attorneys must be sure that we have identified all of your damages and carefully calculated them. We will not be satisfied with a case result unless you get every last penny you deserve from somebody responsible for the destructive slater fire.