The Hermits Peak Fire has become the largest wildfire in New Mexico State history, devastating communities and destroying more than 600 homes and 300,000 acres since it got out of control in early April 2022.

The Hermits Peak fire started April 6 when a controlled burn conducted by the United States Forest Service escaped its boundaries among high winds. The Hermit Fire then merged with the Calf Canyon Fire to create a massive blaze that has burned for nearly two months.

As of June 3, the Calf Canyon Hermits Peak Fires are still just 62% contained, having burned 316,971 acres. Although the fires were initially sparked by a preventative measure by the government — a prescribed burn that quickly became uncontrollable — the US Forest Service has defended the action. 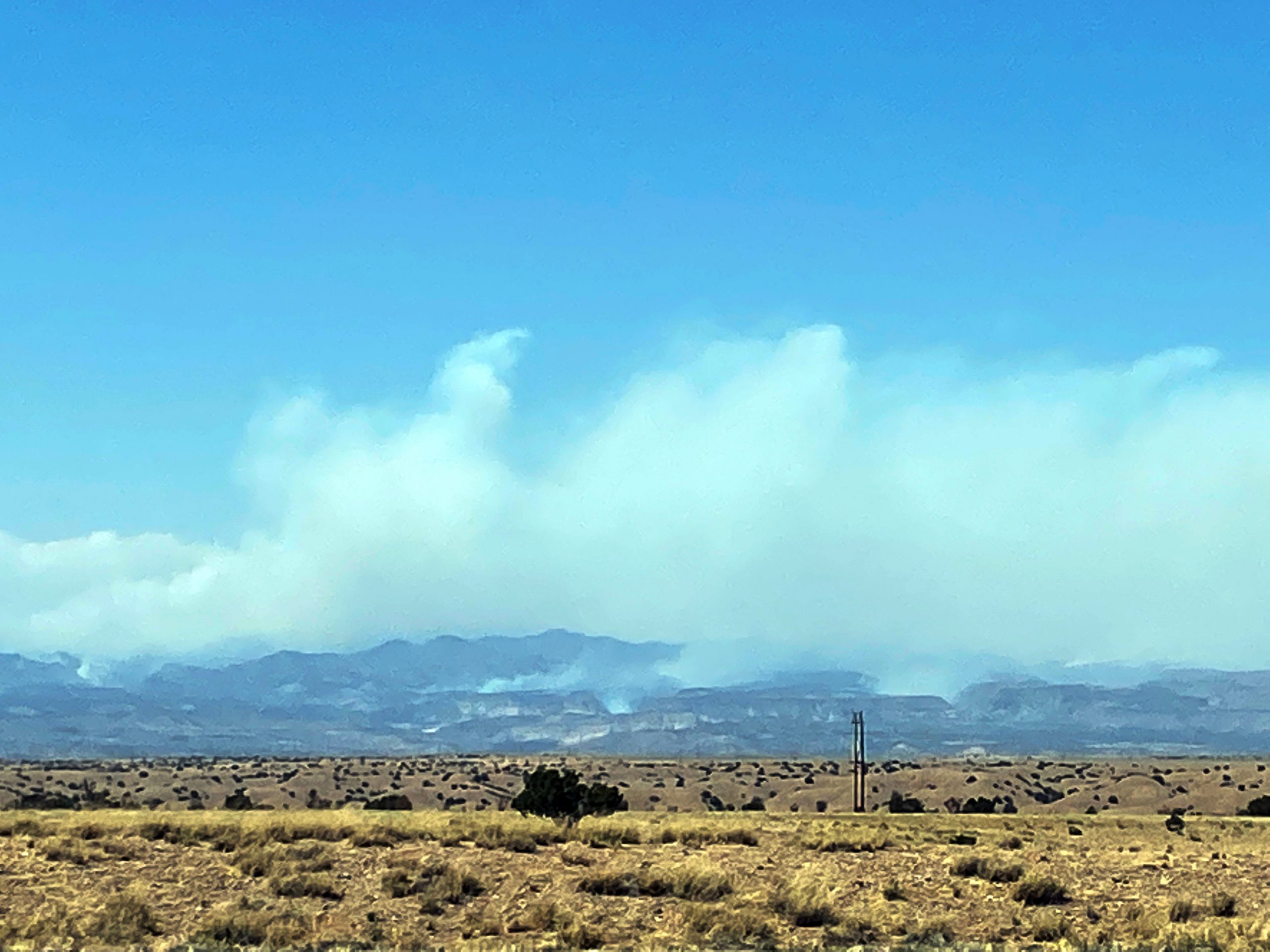 The agency is declining to release details over the decision to ignite the fire even as the state was experiencing extremely high winds — with widespread wind gusts regularly ranging between 55 and 70 mph. — and drought conditions.

The “prescribed burn plan” and any other documents related to the fire will not be released by the Forest Service until its internal review is completed.

If you or a loved one have been affected by the recent tragic wildfires in New Mexico, including the Hermits Peak Fire and Calf Canyon Fire, contact us for a free consultation today. Singleton Schreiber is working with the experienced New Mexico wildfire attorneys at Payne & Jimenez and Rothstein Donatelli LLP to represent victims of these devastating New Mexico fires.

Bringing our expertise as top California wildfire attorneys, we can help you learn about potential Hermits Peak Fire compensation and understand all of your legal options, whether you have insurance or not. You deserve to be reimbursed for your losses.

Whether you rent or own your property, you shouldn’t pay the price for wildfires caused by negligent government agencies. Years of experience in fire litigation have allowed our attorneys to develop strong relationships with qualified fire experts who can help achieve the very best results for your case.

If you’ve sustained injuries, property loss, or property damage from fires in New Mexico, our experienced New Mexico fire lawyers are here to inform you of your legal options and ensure your interests are represented.

According to official reports, forecasted weather conditions were within parameters for the prescribed fire, but “unexpected erratic winds in the late afternoon caused multiple spot fires that spread outside the project boundary.”

The Hermits Peak Fire ignited approximately 12 miles northwest of Las Vegas, NM at the base of Hermits Peak in the Pecos Wilderness. The steep, rugged terrain the fire is burning through makes accessing the blaze challenging for firefighters.

Several other large blazes have ignited recently throughout the state, as high winds rage over dry conditions, including the Cooks Peak Fire in Mora County (nearly 60,000 acres), the Cerro Pelado Fire in Los Alamos County (more than 45,000 acres), and the Nogal Canyon and McBride Fires in Lincoln County (6,000 acres).

In addition to other fires caused by power companies, the Hermits Peak Fire was caused by a prescribed burn. PNM is aware of downed power lines in the state that have caused other recent New Mexico wildfires, including the Nogal Canyon Fire.

Gallinas is about five miles away from Hermits Peak.

Within days, the Calf Canyon Fire merged with the Hermits Peak Fire as area residents were being evacuated to shelters in Las Vegas, NM.

On May 22, the Santa Fe National Forest (SFNF) announced that it had established a Burned Area Emergency Response (BAER) team to begin the assessment of National Forest System (NFS) lands impacted by the Hermits Peak and Calf Canyon Fires on the east side of the Sangre de Cristo Mountains.

The team said they plan to start its assessment in the Upper Gallinas Watershed and work through the burned area to identify imminent post-wildfire threats to human life and safety, property, and critical natural or cultural resources on National Forest System lands and “take immediate actions to implement emergency stabilization measures before the first post-fire damaging events.”

While the USFS cannot recommend treatments to private property owners, they will share their analysis, data, and findings with local, state, and federal agencies that can provide direct assistance to private landowners, including residents and business owners. New Mexico’s Democratic congressional delegation introduced legislation on May 11, 2022, that would provide compensation for victims of the Hermits Peak Fire and Calf Canyon Fire.

The bill is modeled on another bill that was written to provide compensation for victims of the Cerro Grande Fire that scorched the state in 2000 — also caused a prescribed burn.

If the Hermit’s Peak Fire Assistance Act passes, the Federal Emergency Management Agency would be required to fully compensate victims of the Hermits Peak Fire and Calf Canyon Fire for personal injury, property loss, business loss, and other hardships resulting from the fire.

On May 4, 2022, President Joe Biden approved New Mexico Gov. Michelle Lujan Grisham’s request for the declaration of a presidential disaster.

“Assistance can include grants for temporary housing and home repairs, low-cost loans to cover uninsured property losses, and other programs to help individuals and business owners recover from the effects of the disaster,” according to the statement.

Any business owners or residents who have experienced property losses in those counties are encouraged to apply for assistance at http://www.DisasterAssistance.gov or by calling 1-800-621-FEMA(3362) or 1-800-462-7585 (TTY) for the hearing and speech impaired.

A New History of Wildfires in New Mexico

At the same time, other fires have been burning in the state, including the nearby Nogal Canyon fire, which was caused by downed power lines. That fire destroyed six homes and eight outbuildings after Public Service Company power lines went down on April 12, the same day the McBride Fire ignited.

The Nogal Canyon blaze sparked about 10 miles to the northwest of Ruidoso, where the much larger McBride Fire had evacuated more than half of the town. The Nogal Canyon area was also evacuated.

The same month has seen wildfires burning throughout the state. The Cooks Peak Fire started April 17 and burned nearly 60,000 acres in Mora County, while the Cerro Pelado Fire ignited April 22 in Jemez Springs and burned more than 45,000 acres in Los Alamos County.

The town of Ruidoso was also the site of the most destructive wildfire in the history of New Mexico in 2012. The Little Bear Fire destroyed 240 homes and nearly 45,000 acres of forest after a lightning strike.

If you or a loved one have experienced a Calf Canyon or Hermits Peak Fire evacuation, property damage or loss, or any injury, hospitalization, wrongful death, psychological trauma, or other long-term health issue caused by these or other New Mexico wildfires, the competent fire attorneys at Singleton Schreiber can help you recover the fair and full compensation you need to move forward with your life.

If You Have Experienced Any of the Following, You May Be Eligible for Hermits Peak Fire Compensation.​

How many acres did the Hermits Peak Fire burn?

The Hermits Peak Fire has become the largest wildfire in New Mexico State history, devastating communities and destroying more than 600 homes and 316,353 acres since it got out of control on April 6, 2022.

How many acres did the Calf Canyon Fire burn?

The Calf Canyon Fire ignited on April 19, 2022, on Federal land near Gallinas Canyon, a few miles away from where the Hermits Peak Fire was already burning.The fires are responsible for at least 316,971 acres burned.

Is the Hermits Peak Fire connected to the Calf Canyon Fire?

How many homes has the Hermits Peak Fire destroyed or damaged?

What caused the Hermits Peak and Calf Canyon Fires?

The Hermits Peak fire started on April 6, 2022, when a controlled burn conducted by the United States Forest Service escaped its boundaries among high winds. The Hermits Peak Fire then merged with the Calf Canyon Fire to become the largest wildfire in New Mexico's history.

According to official reports, forecasted weather conditions were within parameters for the prescribed fire, but “unexpected erratic winds in the late afternoon caused multiple spot fires that spread outside the project boundary.”

Is the Hermits Peak Fire contained?

As of June 3, 2022, the Calf Canyon and Hermits Peak Fire is 62% contained, having burned 316,971 acres. Although the fires were initially sparked by a preventative measure by the government — a prescribed burn that quickly became uncontrollable — the US Forest Service has defended the action.

How can Hermits Peak Fire victims seek compensation for damages?

If you or a loved one were affected by the McBride Fire or the Nogal Canyon Fire, contact the experienced wildfire attorneys at Singleton Schreiber and Payne and Jimenez to understand your legal options.

Homeowners, renters, business owners, and others may have valid legal claims to substantial compensation for property damage and property loss caused by these New Mexico wildfires.

Can renters get compensation for the Hermits Peak Fire in New Mexico?

If you’re a renter, you can join a class-action lawsuit — if one is filed — against the utility company seeking compensation for damages from the McBride Fire or other recent New Mexico wildfires.

Whether you rent or own your property, you shouldn’t pay the price for wildfires caused by negligent power companies. If a utility company’s equipment sparks a fire that damages your property, you deserve to be reimbursed for your losses.