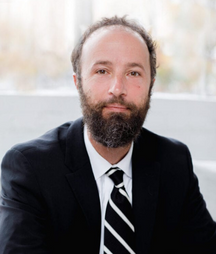 As a young lawyer Brett began to distinguish himself as one of the next generations of legal leaders. In his second year of practice, he tried his first serious injury case to verdict and in only his fourth year of practice earned recognition as one of San Diego’s Top Attorneys, perhaps the youngest person to do so. He then proceeded to serve as the youngest President in the history of Consumer Attorneys of San Diego (CASD).  Brett is currently an Officer of the Board of Directors of Consumer Attorneys of California (CAOC).

Despite having received numerous million and multi-million dollar verdicts and settlements, as well as regularly being honored with awards and accolades, Brett’s proudest moments are often found outside of the courtroom or an award ceremony. Whether lecturing student groups on the personal rewards of the legal profession, doing teach-ins in low-income schools, or handling pro bono claims for wrongfully convicted denied compensation after their release from prison, Brett is guided by the Hebrew principle of tikkun olam meaning “to heal the world”.

Brett’s legal background spans the halls of the legislature to the courthouse steps. As a legislative intern in the Florida Senate and later a lobbyist, Brett first learned the ins and outs of the legal process from the legislative perspective. Whether it was monitoring committee meetings, honing his negotiating skills outside the Capitol rotunda, or advising municipal and corporate clients about the impact of pending legislation, Brett put to use every aspect of the legal process, an experience that would prove invaluable to him as a trial lawyer.

Brett brings diverse knowledge and experience to his practice. He clerked for several years with a boutique South Florida law firm specializing in criminal defense, civil litigation, and family law. Brett then worked as an intern in the Major Crimes division of the San Diego Public Defenders office in order to gain experience in criminal defense. Brett then clerked with a small appellate practice where he was tasked with filing appeals to the Ninth Circuit Court of Appeals and writs of certiorari to the United States Supreme Court.

Brett is an active supporter of the California Innocence Project, and he fights to make a difference in the lives of those wrongfully incarcerated. He most recently worked on a pro bono compensation claim over the course of 4 years for his client Michael Hanline who is considered the longest serving exoneree in the history of CIP having served 36 years in prison for a crime he did not commit. Mr. Hanline was finally compensated over $1.75 million for the nearly 13,000 days he spent in prison. Despite a statutory framework that is supposed to promptly exonerees a mere $150 a day for their wrongful incarceration, Brett and his team spent years fighting to get him what he’s due.

Brett and his wife Shayna, a clinical psychologist, live in Ocean Beach with their four young children. They enjoy surfing, yoga, tennis, family outings that always include their golden retriever, Roshi. 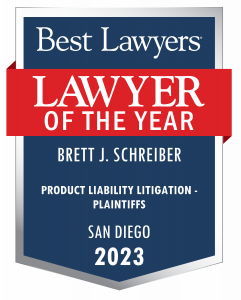 Up and Coming Attorneys Set to Make a Splash in 2022